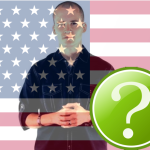 Deployed Airman Uniting Americans Through Facebook American Flag App From his deployed location, a USAF Captain who will remain unnamed was scrolling through his Facebook feed noticing the most recent turmoil with Americans regarding the confederate flag and the supreme court's ruling on marriage. He then thought to himself, “This should really be the American flag, which … END_OF_DOCUMENT_TOKEN_TO_BE_REPLACED